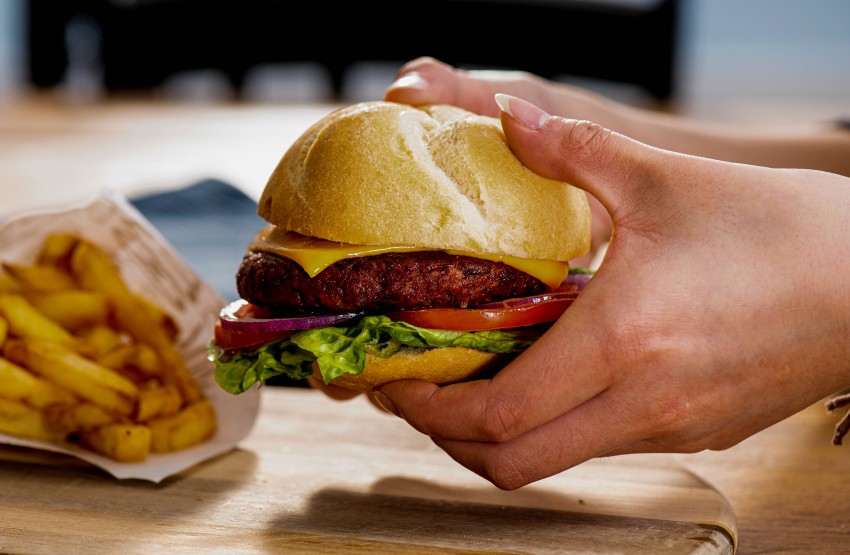 Moving Mountains launches 100% plant-based meat substitutes with 100% meat flavour in The Netherlands. The product is quite something: a meat substitute that really looks like meat, tastes like meat and feels like meat. Pitch PR was asked to promote the products to Dutch press. The venue for the official press launch was easily found: the Hard Rock Café in Amsterdam. The plant-based burger was already on their menu worldwide.

On Wednesday the 8th of January 2020 a separate space of the Hard Rock Café was transformed into a kitchen, Moving Mountains style, with room for 30 guests from the media. 24Kitchen chefs Job and Perry were asked to give a live demonstration of the preparation of the two Moving Mountains products: the burger and a sausage. CEO of Moving Mountains, Simeon Van Der Molen, was present to answer all the questions guests had. In the mean time, the kitchen staff of the Hard Rock Café was preparing more burgers and sausages for all the guests.

We look back on a successful press launch where we as Pitch, Moving Mountains, Jan Zandbergen and the guests all left satisfied. The team of the Hard Rock Café worked very hard to make sure all the guests got their food and drinks in time. Mr. Van Der Molen only had compliments at the end of the event. Guests shared a lot of images on social media during and after the event, as well as in online and print media. The event therefore generated a lot of PR-value and the product is still a success.